Showing posts from July, 2021
Show All

“This is a short novel of subtle gear changes, where the seemingly obvious plot becomes a distraction to the true narrative that builds and builds and accelerates through a shifting geographical and psychological landscape.” When an Argentinian writer sets off on a day trip from Bueno Aires to neighboring Uruguay to collect $15,000 in cash and meet a young woman who he had a brief liaison with the previous year the reader has a fair idea of what is coming. You know this is not going to end well. But although you might guess what is coming down the line it is not through poor plotting by Pedro Mairal. He deliberately sets up the inevitable disaster that is about befall his narrator Lucas Pereyra from the very start. The real storytelling here is the story behind the story The narrative reads as if it is a written confession by Lucas to his wife Cata. He suspects that she is having an affair because she often returns to their apartment long after her work hours are over. He reveals his
Post a Comment
Read more

A walk back through time 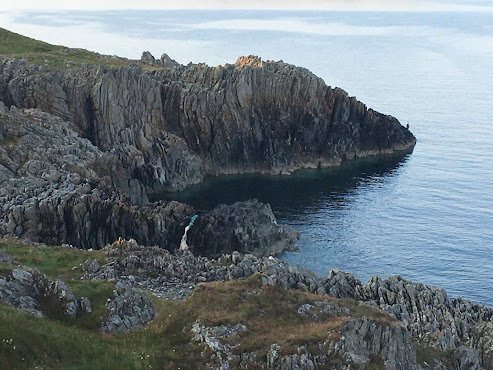 The jagged rocks poking out of the Irish Sea have a scaly look about them, as if they are the encrusted remains of an ancient giant lizard. The sea crashes on to them about 30 metres below where I stand on a grassy pathway which looks inland towards some of the best-known landmarks in Co Down. This spot was once the shore on to which the sea would have washed but over the past 10,000 years has risen to is present elevation. Before that, for around 20,000 years, this area and most of the rest of Ireland would have been buried beneath a massive ice sheet rising to at least 1km.  The sheer weight of this pushed down on the landmass but when it melted Ireland literally began to rise out of the sea again creating this coastal feature. It is believed that Ireland first became an island around 125,000 years ago when sea levels rose to pretty much similar to where they are today, but the landscape of that first version of Ireland as a separate entity from other land masses has changed dramatic
Post a Comment
Read more
More posts