THE churning water rears and foams and then drops away as if a plug has suddenly been pulled from the rocky confines in which it had become trapped.

The rectangular hollow on a fossil-covered limestone outcrop looks as if has been hewn by hand to create a swimming pool, but it is a natural feature on the Atlantic shoreline of Inis Mór, the largest of the Aran Islands.

Poll na bPéist is translated on the signs that guide visitors to it as 'The Wormhole'; however, on some maps it is named 'The Serpent's Lair'.

'Poll' is an Irish word for hole which can also be used to describe an animal's lair while 'péist' can mean worm, serpent or even monster, so both translations are valid.

While the idea of a serpent's or monster's lair is more evocative, the word wormhole also has intriguing connotations – describing the underground channels through which the currents surge and retreat from the open sea into this deep rocky pool from which, if you jumped in, you would be sucked through and hurled out deep under the Atlantic.

But then Irish is an ancient and esoteric language, rooted in the landscape and environment in which its first speakers lived, and a single word can contain many layers and meanings that do not lend themselves to a direct English translation.

Manchán Magan explores this in depth in his new book Thirty Two Words for Field. 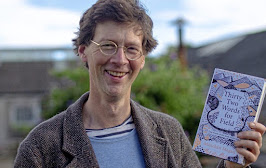 The English word 'field' is all encompassing and takes in no account of its size or use. However, Magan tells us among the 32 words for field he has traced in Irish that a sheltered field in which a mare can foal is 'plásóg', while a meadow field between two woods is 'cluain' and a field with a fairy dwelling in it is 'cathairín'.

He mines the language for endangered words and phrases, although there is no need for the reader to have any Irish to enjoy his discoveries, and for those who do speak it ,whole new depths to the language are unearthed.

One of the most beautiful words he gives us is 'iarmhaireacht', which Magan renders as "the loneliness you feel at cockcrow, when you are the only person awake and experience the existential pang of disconnection of not belonging".

And anyone who has ever spent any time walking through or living close to farmland will immediately relate to the heart-rending word 'diadhánach' – "the lonely bellowing of a cow bereft of her calf".

As a travel writer, novelist and TV documentary-maker, Magan has a keen sense of geography, ecosystems and the people who occupy a landscape. He is a shamanic storyteller whose writing is visual and often visionary.

Thirty Two Worlds for Field veers off in a myriad of directions that leaves you breathless at the sheer audacity of its scope.

Discussing the word 'tonn', we are told that this can mean both a single wave or the entire ocean – then in one of the dips into arcane knowledge that make Magan such an engaging writer he explains that Tonn Rudhraige (the Wave of Rudraige) "which can still be seen and heard in Dundrum Bay, Co Down, may have originated in a folk memory of the glacial flood that poured out of southern Lough Neagh through Poyntzpass, Co Armagh, and into Carlingford Lough after the Ice Age, when the first settlers were flooding in".

From linguistic connections to the Middle East and India, forays into Irish mythology and Druidic practices, DNA and even quantum physics, Magan also has time to share some superbly effective curses: "Go bhfaba ab bhuinneach choiche ort" (May you suffer from diarrhoea forever).

As for the people who live in Ballypitmave, near Lisburn, they may be surprised to learn that their address derives from the Irish Baile Phite Méabhateabh, which refers to an intimate part of Queen Maeve of Connacht's anatomy.

Thirty-Two Words for Field by Manchán Magan is published by Gill. 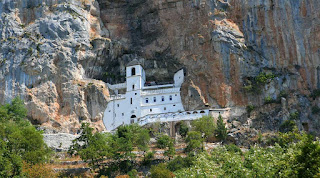